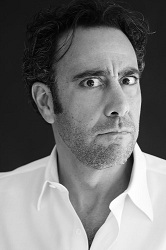 Las Vegas’ Newest Home for Comedy, founded by Emmy award-winning actor and comedian Brad Garrett, is at the MGM Grand Hotel and Casino. Brad Garrett’s Comedy Club highlights a never-ending line-up of the finest comedians around, from established stand-up stars to the hottest young comics in the business. Brad Garrett will make additional club appearances – both scheduled and unexpected, doing stand-up on the stage and greeting patrons at the door.